First time
That I saw your eyes
Boy you looked right through me, mmmhmm
Play it cool
But I knew you knew
That cupid hit me, mmm mmm

You know, this isn't the first time this has happened to me
This love sick thing
I like serious relationships and a
A girl like me don't stay single for long
Cause everytime a boyfriend and I break up
My world is crushed and I'm all alone
The love bug crawls right back up and bites me and I'm back

FERGIE IS A HOT SHOT. 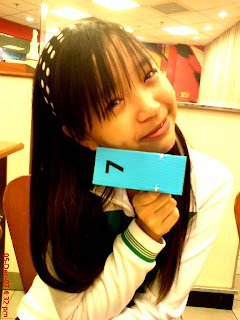 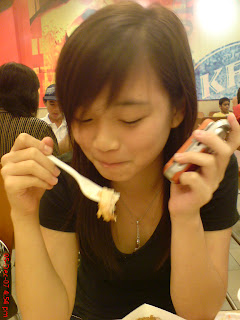 Had so much fun pranking ANNOYING pple. 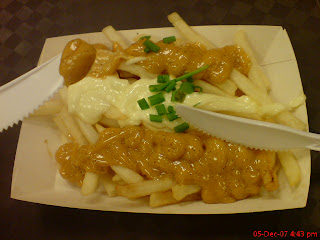 THE SPICY FRIES, should have called it Pepper fries. 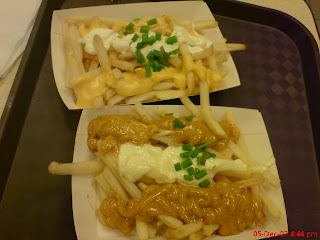 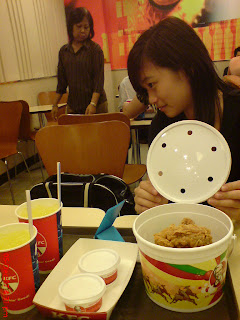 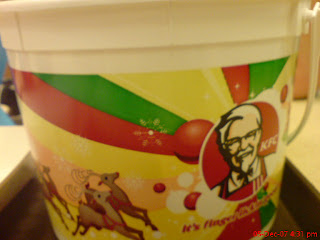 Dance
Dance
Revolution.
&
PARA PARA.
this sound pretty passe. but it really is a pretty calories-burning workout(:
i dun wanna pass off as a lian luhs. but i'm pretty addicted to arcade. it's pretty like a waste of money. woah. 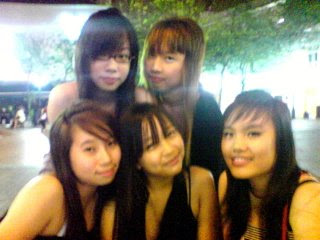 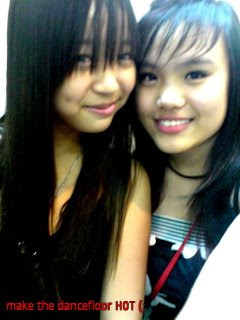 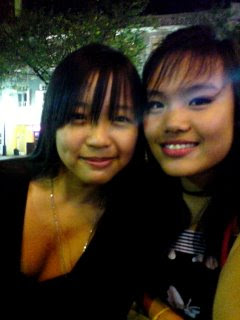 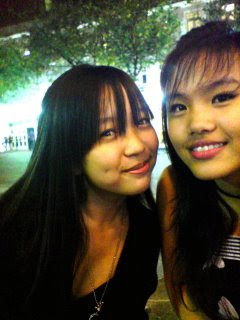 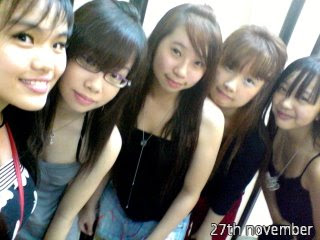 FIIOAN , X.JESS, ALICIA, JOLEEN, JOLENE(:
i m living for the sake of living.
aimless life.
Lifeless addiction.
Affairs of hearts,
i've made tales to myself.
Neither Crosses is her, nor Jolene is.
she lost herself,
in the entangled world of ateries.
soon, she will get tangled.
slowly,
to death.
Posted by Jolene Crosses at 12/05/2007 11:13:00 PM No comments:

STRETCH MARKS are there because it was once STRETCHHHHHHED,expanded, and now it so called shrink , are you actually trying i had actually slimmed down a lil?as i had never been pregnant. HELLo, work on your common sense before shooting your mind off here.

Alrights people, life's been pretty hectic for me for the past few day. i was actually working at expo , sitex fair . and trust me, i saw SO SO SO SO many people there. as in those people whom i noe. it's damn coincidental. it ranges from old primary school frens to seniors and even my grandad's fren. like omigud luhs.

COME ON LUHS, the government actually spent such a sum of money advertising and trying like their fuck best to instill the CARE-FOR-ENVIROMENT mindset into us . Investing our parents' money (which they pay for tax) into recycling bins , posters , advertisements , and there they are , allowing FAIRS to take place. & you noe whad , there were so so so so so soooooooooooooooooooooooo many flyers being given out and thrown away. i was like wtf. whad's the point mann. and the electricity that had been generated for the whole event can be like damn not to be imagined. woahs. SET SOME LIMTS pleaseeee, dont waste our parent's money which may be ours next time. SAVE IT . i dont wanna die that soon also! DUHS! 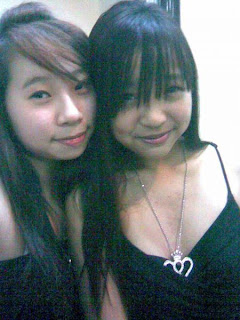 ALICIA(:
i saw alicia just now at cine and she smsed me , okok. As long as eu are happy wid watever eu are doing..i will always be there if eu nid me:)
i felt that she's such a true fren luhs. and i was pretty touched. all the care being showered on me , made me feel so glad. (:
WQH , i had neither blamed nor hated you.
LML , miss you. ha.
`I'MfeelingEMOTIONAL.
Posted by Jolene Crosses at 12/04/2007 09:45:00 PM No comments: