YAY!a short break for you to party away! dunn let this oppportunity to slip away! [: let's rock!!!!!!!`crosses.


1st SEPTEMBER 2007,
SOFT, The Born Of The SOFT Series
Events.
Our Legacy Shall Prevail!
THE NEXT BIG THING.
AVALANCHE PRODUCTIONS


NINE PM The doors of DXO opens,
Welcome to SOFT II, Where
Desires will become Reality.

this whole week was kinda like wasted for me.?
ii praticallyy wake up everyday in a zombie state and jump out of my hus in a damn deadly manner and jump all the way to the school of dead. LOLS.

whadd's life all about manns?

tireness and boredom almost overtook the whole of me. A crosses zombie slams in the classroom backdoor. walks in uncouthly and slap her big head on the table. Till if there's some fearsome teacher in there. upright, down again.

that's life? for me? for this hyper and crazy person right here? are uu sure?!!?

``````````````````````````````````````"
existence of mine,
faded off to the background.
covered by diff tongues,
languages that wrote my life over and over again in different phases.
`MISSCROSSES.FRAUD ATE ALL OF US UP.
affected by thoughts intstilled in my mind.
hope those candies lovable touch shall last.
from both of us.
commitment refrained, by the wall to me.
not even filtered.
the feeling of being loved to be prolonged.
the dream that ii yearn for.
yet gemini, the double sides. cant make way for herself to travel.
CROSSROADS mini.
Posted by Jolene Crosses at 8/25/2007 12:48:00 AM No comments: 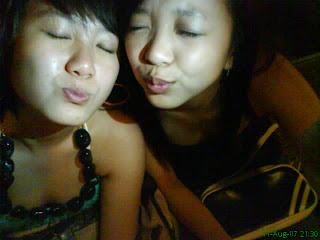 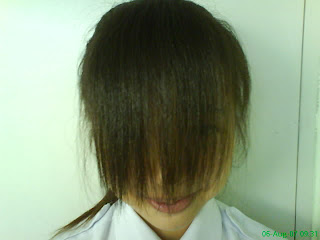 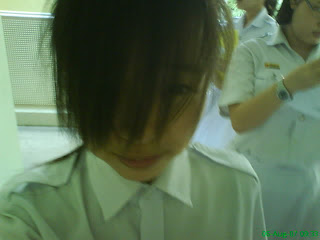 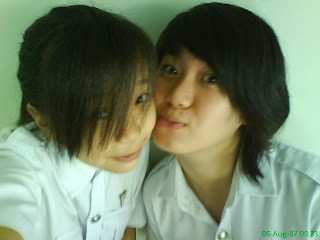 liling trying to torture me. wtf. and, ii was damn high today. was doing headbangs and tons loads.


hey! qiaohui was doing the singing.! :D and ii was dancing to it luhs. and believe it or not, we dint reharse before hand. seems like the telepathy is there!

hey ho pple.
anyways, something really fooked is that my comp just couldnt be switched on . and currently ii'm using my daddyy's laptop . (:
but seriously, this sucks alrites? joy 0.

ii'm kinda reallyys addicted to childhood computer game which is the sims.
manns, reallys addicted. and something which is goddamit retarded noe?
my dad's laptop cant fcuking install it cos it has gotta no more space. damn it`

though life's been up and down for me, being emo and on clouds nine, having so much conflicts within my family, yea, for something that ii cant be more sure is that , ii tresure my dad. ii 've seen whadd he hadd done for me, unknowingly and doesnt so called wanting to claim any credit. LOVEDAD :D

and frens , ii love uu people . ii seriously cant imagine life without you people. it's all fate that brings us all toghether. regardless if we turned out to dislike each other, or being real close, or whaddever conflicts and disagreements. it's still all fate isnt it?
haahas.

yae, ii went to watch SECRET with calvin yest.he is a reallyys reallyys nice person. :D dint reallyys understand the story though. hmms. but piano is like o-mi-effin-god.
more details of outing? hahs. BOLTS! (password protected, if you wanna noe cann request from me ehs :D crystal is the onlyys person who noes bout the password ii guess? :D)

idk, but one thing that ii'm sure is that my life is kinda filled with regrets. decision that hadnt be much flavourable. and yes, causing this change in me. ii'm experiencing much changes in my life now. for the better or worse, idk. but for one thing ii noe that , is that ii reallys hate being the current me. ii suck in my character. ii reallyys do. a gd thang is tha ii aint ignorant bout that. ii had became less sociable, image consious and ii aint as friendly as before . my attitude towards life, people and stuffs had greatly changed so damn loads. ii seriously hate it.

imaginary appearance-
ii thought ii can still hear you through the windows.
0, ii thought, there were telepathy between us.
i hoped, i thought
the first time, ii saw you through layers of doors.
i thought, ii felt you through the ground to the hell.
beneath, were your heart and nerves, ii was lost within.
where were you? time tore us all apart.
so far, so far or is it near?
the notion of mine create motion ,
you were gone..for good..
this is supposed to be a song, hahs. make the tune for it? :D
`MISSCROSSES.commitment phobia.
Posted by Jolene Crosses at 8/19/2007 05:10:00 PM No comments: